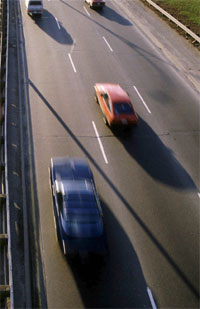 Speeding is one of the most prevalent factors contributing to traffic accidents in the United States. The economic cost to society of speeding-related crashes is estimated by the NHTSA to be $40.4 billion per year. In 2010, speeding was a contributing factor in 31% of fatal crashes, killing 10,395 people. At Thomas D. Lininger & Associates, we use every means available to prove negligence on the part of a speeding driver in order to obtain the highest monetary reward for our clients. Under California law, all motorists are required to drive at a speed that is reasonable or prudent. Cal. Veh. Code § 22350.

Any speed in excess of the following speeds is evidence of unreasonable driving:

In all matters involving personal injury it is essential that measures be taken promptly to preserve evidence, investigate the accident in question, and file a lawsuit prior to the deadline imposed by the Statute of Limitations. If you or a loved one is a victim of personal injuries, call Thomas D. Lininger & Associates now at 916-962-0253 or submit a simple Case Review Form. The initial consultation is free of charge, and if we agree to accept your case, we will work on a Contingent Fee basis, which means we get paid for our services only if there is a monetary award or recovery of funds. Don't delay! You may have a valid claim and be entitled to compensation for your injuries, but a lawsuit must be filed before the statute of limitations expires.

The above is not legal advice. That can only come from a qualified attorney who is familiar with all the facts and circumstances of a particular, specific case and the relevant law. See Terms of Use.